Having been invited to exhibit an installation to celebrate the International Day for the Elimination of Violence Against Women, Ornella RIdone has expanded her HILO ROJO 3047 project with this piece that encompasses the huge window of what was once architect Pedro Ramírez Vázquez´s studio. The 20-meter high installation invokes the wounds, most of them deadly, received by women and children. Violence is not only that which is conducive to death, but also that which leaves behind mutilated families. On November 25, 2016, for the inauguration, Ridone offered a speech, followed by a performance (minute 32 to minute 48:30) interpreted by actors Claudia Landavazo and Pietro Vannucci. 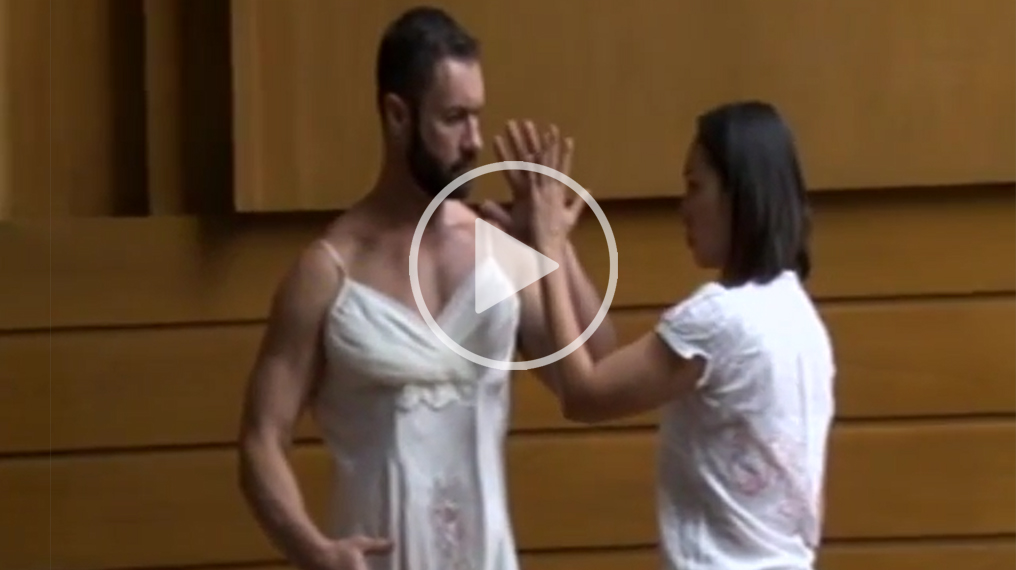 Humans are equal, regardless of gender and status: Ridone

Visual artist Ornella RIdone has stated that throughout the world, human beings are equal, regardless of physical appearance, gender and socioeconomic status, thus her artwork “Hilo Rojo 3047” represents a social statement that seeks to expose the situation experienced by men and women in Mexico. While participating in the program El arTE de juzgar, that is being transmitted through Plataforma Electoral (Electoral Platform), and internet broadcasted television program that belongs to the Tribunal Electoral del Poder Judicial de la Federación (TEPJF) (Federal Judiciary Electoral Court), Ridone has stated that society is sustained by a patriarchal and pyramid – shaped system based on abuse and violence against the most vulnerable sectors. She has said this can be seen in the attitudes of: “rich countries towards poor countries; powerful people towards humble people; adults towards children or men towards women”. Ridone has stated that it is in this sense that such a reality has inspired part of her artwork, which aim is to create awareness in the population about this topic, in particular towards those who feel excluded or rejected by different situations, both on a family and on a social level.

“I have embroidered around 60 art pieces and when I looked through them I realized that many images of violence had appeared on them, different images that had caught my attention for some reason. My internal personal process evokes stories, we could say they are ancestral trans -generational moments, but they also indicate this level of violence that exists in our world” says Ridone.