A few years after celebrating the 500-year anniversary of the discovery of the American continent, it occurred to me to ask myself “What would´ve happened if Columbus had never arrived? What if his caravels had sunk at sea before reaching the coast?” Just as the psychotherapy where negative memories are erased from the past and then re – written as if the afore mentioned had never occurred, this installation seeks to erase the memory of Christopher Columbus´ arrival to these Mesoamerican lands, an arrival that opened the way for the Spaniards blood ridden colonization.

In order to be able to reconcile with these perpetrators, I suggest playing with the following image: one of Columbus´ sunken caravel, it´s bow pointing down into the sea… so that on a subconscious level we can erase the traumatic event that generated so much bloodshed, so much domination and so much abuse. Will this image move something inside the spectators, among which are the descendants of those abused Indians? Will they feel relieved? Will a sigh of relief rise from their chests?

To create this installation, research was performed at the Museo della Marina in the City of Spezia, a very important historical port in the Mediterranean that conserves detailed models of the Caravels, along with valuable documents pertaining to the voyage.. 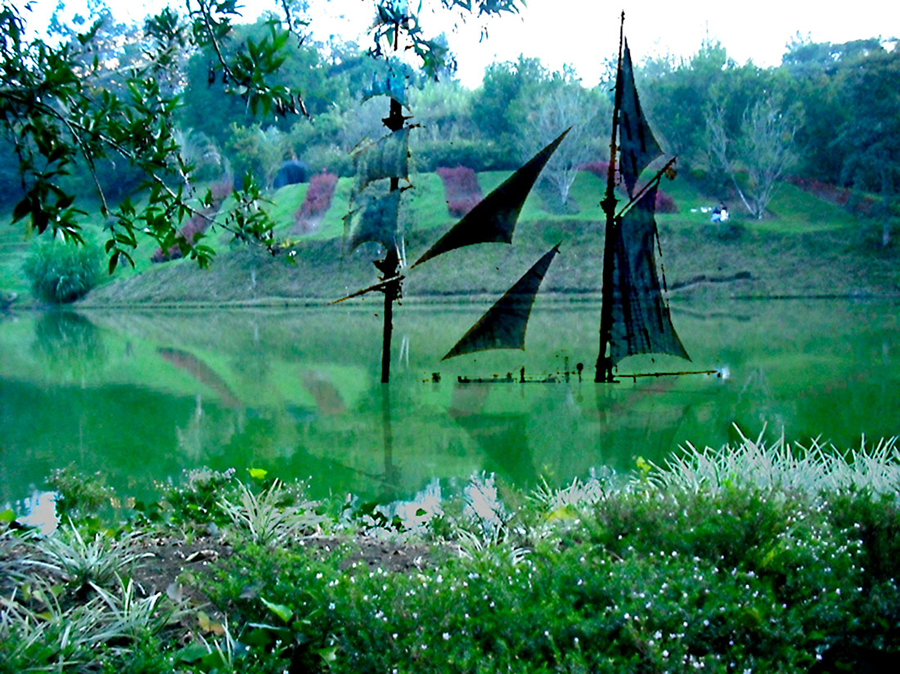