This installation is realized with sumptuous, hand-embroidered flower-motifs fabrics. Then I use them to cover protectively the bodies of homeless sleeping people, laying down in different parts of the city like benches, streets, stations, etc.

Tramps are in every town, helpless, abandoned men and women of any age and provenance that due to unfavourable destiny or for free decision live on the borders of society.

With no home, no possessions, no purpose, no future… rejected and avoided like plague, considered less humans and even worst than animals sometimes.They embody the perfect “other”, the different, the outsiders…

We tell ourselves they suffer with some kind of psychological desease, but my aim with this installations is to pay homage to them, dignify them as an integral part of humanity and even underline their similarity with ascetic people of India that wander around absorbed in their mystic inquiry, driving them away from our conventions or social interactions. 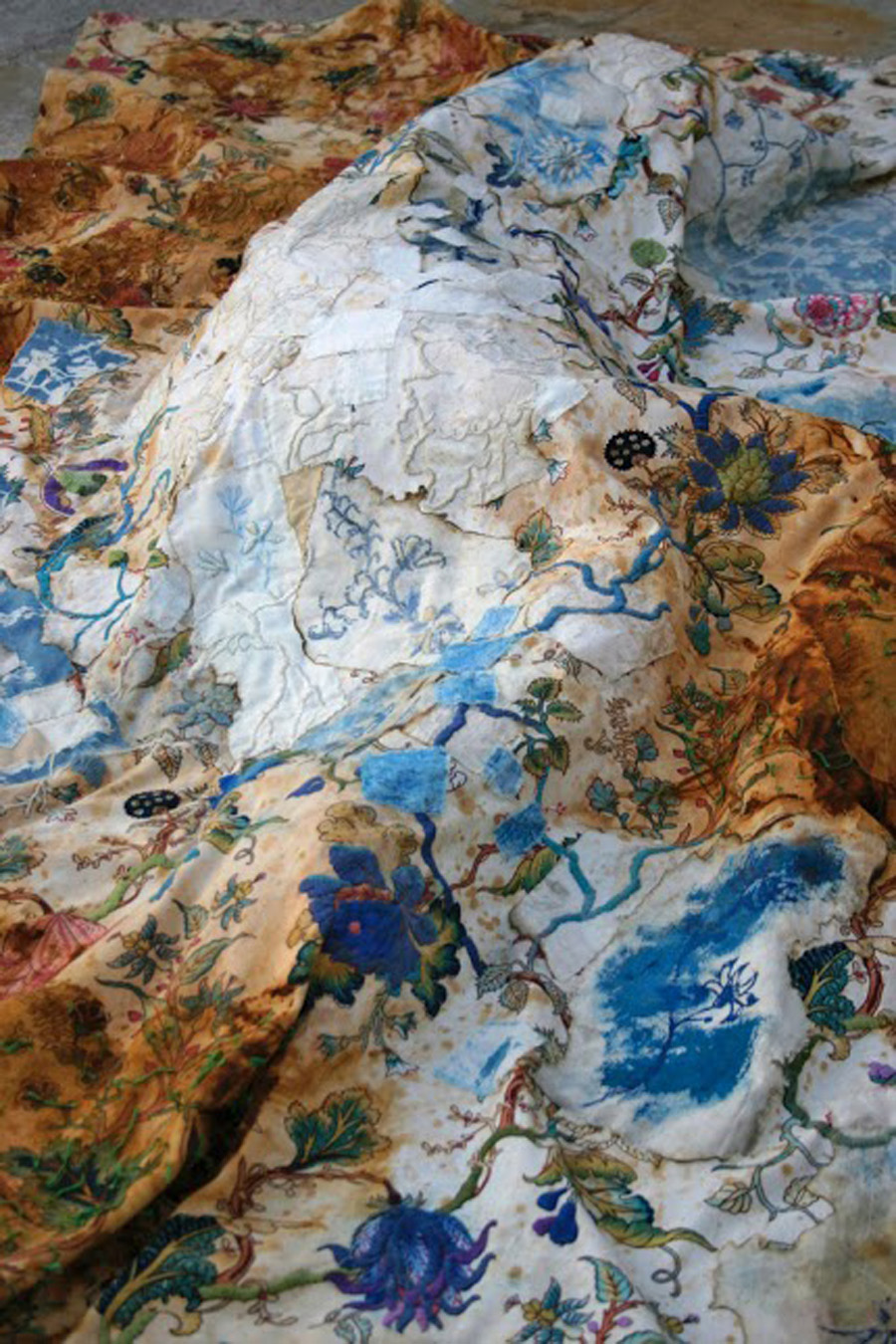 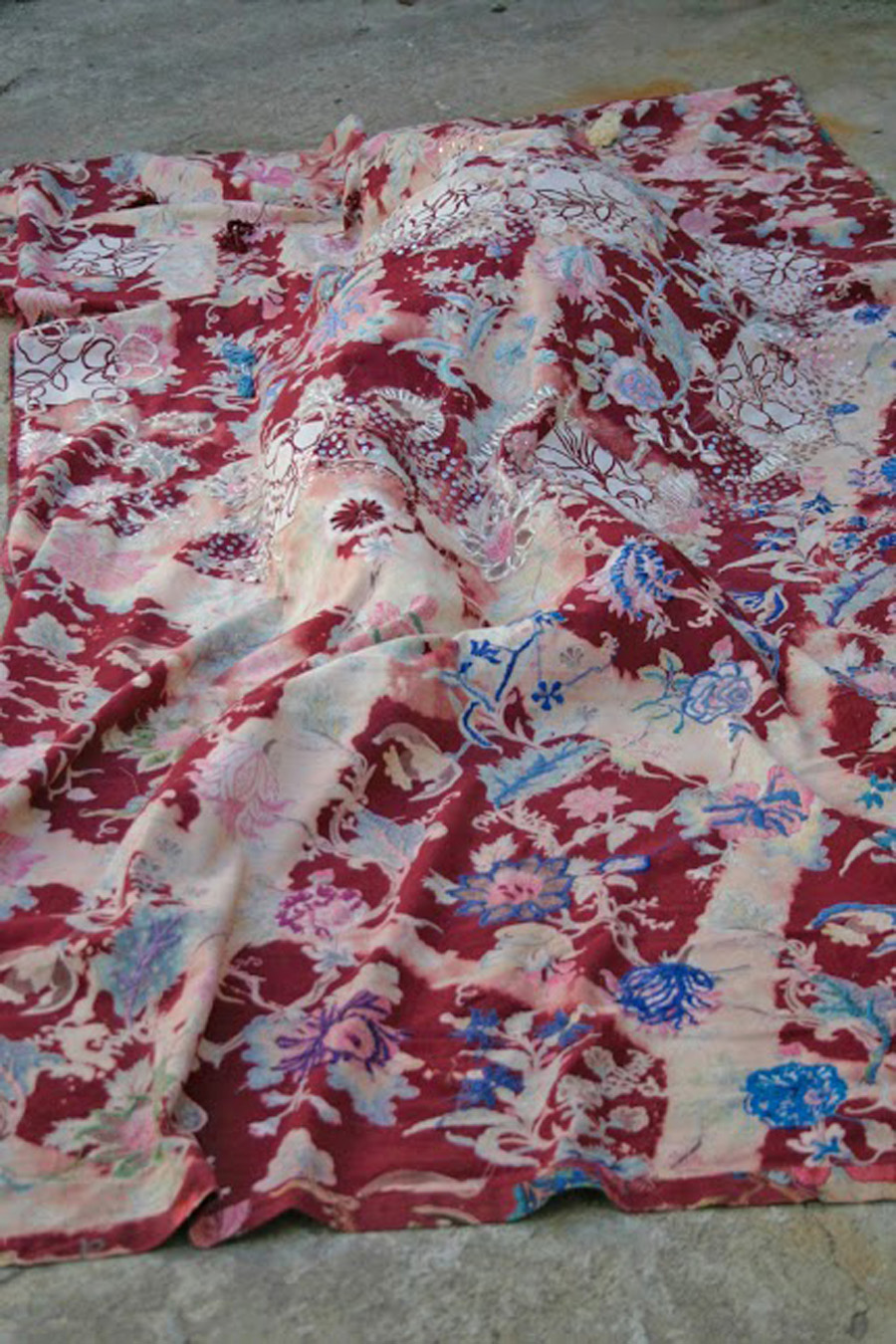